Looking for the best inverter charger for RV use? Most RVs these days come with battery banks and a power inverter to drive electrical outlets in the RV’s living space. This means that everything electrical inside the RV runs on just one electrical circuit. You wouldn’t be able to run the microwave and the hair dryer at the same time. For this reason, our homes have multiple AC lines and circuit breakers, so that the microwave in the kitchen and the hair dryer in the bath or bedroom run on different circuits. That’s also why it’s so useful to add an inverter charger to the RV.

An inverter charger is a power inverter that has electrical outlets built-in.

How much power do I need?

Should I spend more for the pure sine wave inverter?

An inverter charger converts the battery’s 12V direct current (DC) to 120V alternating current (AC) for use with electrical equipment. The AC is a wave that alternates between the positive and the negative, of which the sum is zero so its propagation losses are much smaller than DC. A pure sine wave inverter replicates the AC’s sine wave perfectly, while a modified sine wave inverter uses small steps to simulate the curves of the wave.

As we know from plotting a graph, we can create a pretty good curve if we have enough data points (or steps). This is why a modified sine wave inverter can trick the power supply of most (but not all) electrical gear to run on its generated AC. If you have high-end audio/video components with really sophisticated power supplies, you might have to cough up the extra cost of a pure sine wave inverter charger.

Is it reliable and easy to install?

The smaller inverter chargers can be plugged into the cigarette lighter port in the RV cab. Alternatively, you can also hook one up directly to the RV’s battery banks like you would do with a high-power inverter charger. All of them come with protective fuses that will blow and disable the inverter if it’s overloaded.

One really does not have to spend more than $100 for an inverter charger, and what’s better to prove the point than the Aickar inverter charger. Yes, it’s only 300W but that’s enough for everything that matters to modern humans, including smartphones, laptops, PlayStations, and DVD players. This is a modified sine wave inverter but we found it worked with all electrical gear we tried. Not all modified sine wave inverters are built equal. Some generate AC in such fine steps that the sine wave is virtually pure.

The Aickar is compact and built like a tank. It is designed for cars but we found it equally suitable for RVs and motorhomes. The Aickar is a hidden gem for your beloved RV.

This 400W Tripp Lite inverter charger is very popular so you know it must be doing something right. In fact, 81% of reviews on Amazon give it 4- and 5-stars. Tripp Lite is a top name in surge protection so you can rely on the fuse to protect against under and over voltage, short circuit, overloads, and overheating. 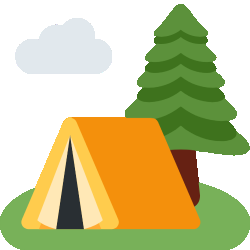 Latest posts by OffGridSpot (see all)